Penny Power (aka the 1% sales tax) has been used to improve sidewalks and paths. You can see a difference in the sidewalks on Highway 59 from the 1970s to today – pennies were put to good use there, wouldn’t you say. 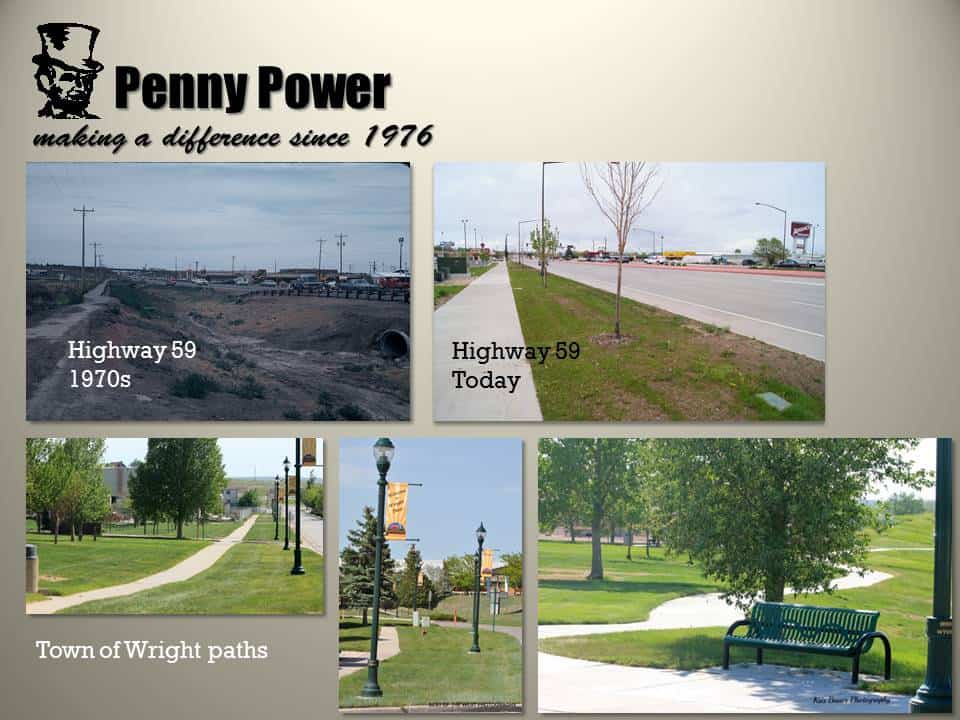 A Town of Wright Wyoming fun fact: Wright has miles of bike paths and a portion of the 1% sales tax is used annually to overlay and extend pathways. It’s also been used to put lighting up near these paths so that the Town can display banners and lit Christmas decorations. Penny Power is important to Wright because 33% of the town’s operational budget relies on it.

Stay Up To Date